The core focus of Art Curator Investments Pty Ltd is the acquisition and sale of Old Master Art for investment purposes. At the Art Curator Gallery, there is diversity in our art, which includes African old masters such as Pemba and Sekoto.

The superior quality of our art extends to our collection of Up and Coming artists such as G.P. Garizio, for those interested in ear-marking the next generation of old masters, as well as more contemporary artists such as Porchie, whose paintings have taken cosmopolitan Johannesburg by storm. 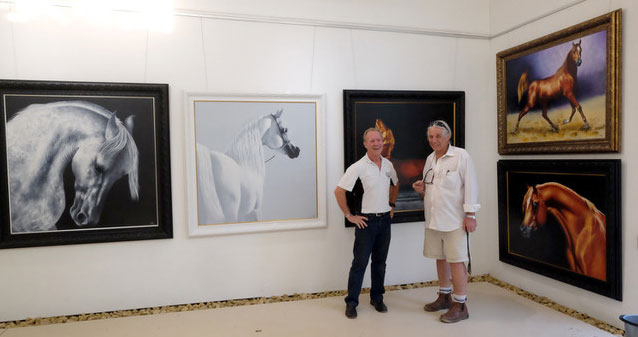 Thirty five years ago Henry Taylor joined the family business by working for his father who owned the Taylor Dykman Gallery in Carlton centre. The gallery focused on well established South African artists, some of whom went on to become the Old Masters of today.

It was here that Henry encountered the likes of Jeanette Dykman, Father Claerhout, W.Hulley, Martin Koch and Gabriel de Jongh etc. Watching some of these great names painting, Henry gained an appreciation of the techniques that made these names great.

After five years, the gallery re-located to Sandton City and became the Taylor Errol Boyley Gallery. Attention shifted exclusively to marketing Errol Boyley and building up his reputation in Johannesburg.

Five years later, Henry decided to branch out on his own and set up the Henry Taylor Art gallery in Lonehill. Here he focused on up and coming artists as well as the more established artists that he had grown accustomed to. The move was successful and continued to be for seven years when Henry decided to move to the Fourways Mall. It was here that Henry began to specialise in Old Masters focusing on investment art for individual buyers and corporate investors.

Henry Taylor Gallery remained in Fourways Mall for fourteen years but was moved to trendier locations where his target audience was more readily available, first to Design Quarter and then to Cedar Square Mall. Hence the Henry Taylor Gallery is now a destination gallery thanks to the larger premises and wide collection of original paintings and bronze and stone sculptures.

There's something about Henry Taylor. Behind the roaring laughter and warm friendly manner as well the Red Bull induced type energy levels, are a pair of constantly assessing eyes that suggest that there definitely is more and hint at the man who knows his craft and has over the past 35years carved out a reputation that secures his own niche in a sector dominated by big names.

Patricia co-founded the Gallery in 1981. Firstly, selling art privately, and later opening their 1st Art Gallery in Sandton City. She receive her B Soc Sci degree from UCT, and continues to manage the Logistics, Marketing, Website and Valuations department for the Henry Taylor Gallery. Since relocating to Cape Town she has become more involved in the private purchasing and reselling of SA Old Masters.

Samantha is the daughter of founders Henry and Patricia Taylor. She studied art throughout school and is currently doing a Marketing & Business Management degree through Unisa. She has had experience under Patricia in the Logistics, Marketing , Website and Valuations department for the Henry Taylor Gallery and has gained knowledge on how to invest in South African Art.